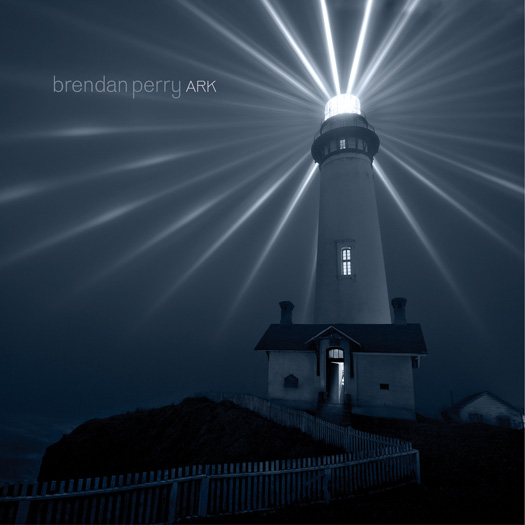 Brendan Perry releases his second solo album, ‘Ark’, on Monday 7th June. As one half of Dead Can Dance for nearly three decades, Brendan’s music has been heard by fans around the world and Dead Can Dance remain the biggest selling artists to ever grace 4AD.

Recorded in his own studio in Ireland, ‘Ark’ is a truly solo album, Brendan playing every instrument, writing all the lyrics and being the sole creative force across the eight tracks. All of the instrumentation on ‘Ark’ is derived from samples and synthesisers and, in its creators own words, is predicated on a theory of creating ‘a neutral electronic soundscape which would in turn mirror a world that is becoming increasingly more dependent upon machines to perform tasks for us’. In its range of influences, the album encompasses music from all four corners of the globe to create a global soundtrack for global themes.

Whilst ‘Ark’ is not a concept album in the original sense of the term, it combines themes which run throughout its eight tracks. The lyrics of opener ‘Babylon’ focus on the current conflicts within the Middle East and combine with ‘The Bogus Man’ and ‘This Boy’ to put a human face on those charged with waging war on behalf of politicians. Concurrently with the investigations of conflict and political corruption are considerations of the detrimental effects of human behavior on the natural world and the alienation caused by an increasingly machine driven world.

Whilst such dystopian themes could be seen to make for a very bleak experience, ‘Ark’ is shot through with an emotional warmth and a belief in the redemptive power of humanity from which the album title is derived, ‘Ark’ being not just the refuge of the world but a starting point for a better society and a more organic way of life.
To accompany ‘Ark’, Brendan will play selected shows in the UK, details to follow soon.