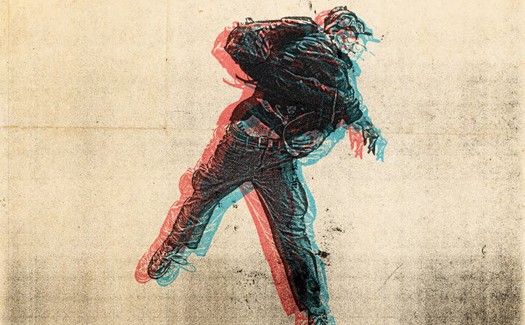 Celebrating three decades of influential, thought provoking and groundbreaking punk rock, Bad Religion will release their fifteenth studio album, The Dissent of Man, on September 27. The album’s first single “The Devil in Stitches” made its debut on the world famous KROQ 106.7 in Los Angeles on Tuesday and can be heard now at www.myspace.com/badreligion. Fans can preorder The Dissent of Man now at www.BadReligionStore.com.

Produced by Joe Barresi (Queens of the Stone Age, Tool), The Dissent of Man finds Bad Religion pushing the boundaries of their music as much today as they did in their formative years as a genre defining punk band. Over the course of making the album, primary songwriters Greg Graffin and Brett Gurewitz’s songwriting was informed by life changing events, with Graffin writing his forthcoming book “Anarchy Evolution” (out Sept 28) and Gurewitz embarking on parenthood again.

“These are some of my favorite songs I’ve ever written,” says Gurewitz. “A few of them took me way outside my comfort zone as a writer to a place I haven’t gone since Recipe or Stranger than Fiction.”

The result is one of the band’s most forward thinking and musically varied albums ever. The Dissent of Man is not only a snapshot of the band’s personal experiences of the past years but also of their continued maturity in songwriting, capturing an array of styles ranging from blazing punk rock songs like the opener “The Day That the Earth Stalled” and “Meeting of the Minds” and classic rock-tinged cuts like “Cyanide” and “Turn Your Back on Me” to radio rock ready hits like the first single “The Devil in Stiches.”

“I feel like the last couple of records have been amongst our most conservative, never straying too far from a Bad Religion sound,” adds Gurewitz. “Whereas on this one we’re taking the songs to a lot of different places, exploring our influences and trying out some new things in a way we haven’t done in years.”

The Dissent of Man is a testament to why Bad Religion has remained relevant for the better part of three decades. Already having cemented their place in history as a groundbreaking band who helped create a movement in Los Angeles with classic releases like How Could Hell Be Any Worse?, Suffer, Recipe for Hate, Stranger Than Fiction and Process of Belief, Bad Religion continue to inspire and create with a unique style that continues to cross boundaries and transcends genres.

As Bad Religion wraps up their 30th anniversary, they open the next chapter of their storied career with The Dissent of Man.