HIGHER THAN THE EIFFEL 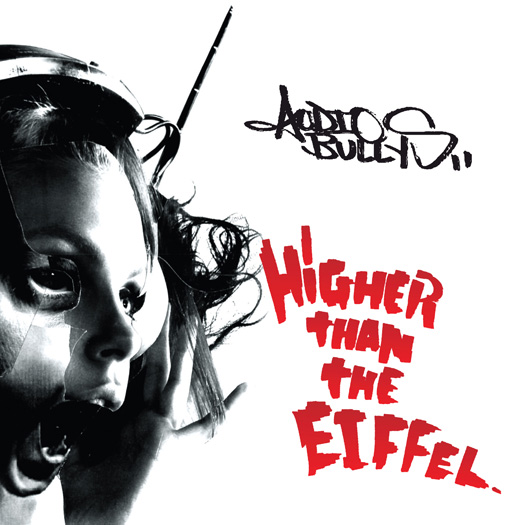 Audio Bullys return with a new album on 29th March. ‘Higher Than The Eiffel’ follows a four year gap since the pair’s second album, ‘Generation’ and sees Simon Franks and Tom Dinsdale recapture the energy and dancefloor instincts that made Audio Bullys one of the most successful UK dance acts of the previous decade. Mixing their love of house and breaks with an expansive cast list of musical collaborators, switching across dance’s myriad genres and throwing away the rule book has led Audio Bullys to make their finest record to date, a worthy successor to breakthrough debut ‘Ego War’ and follow up ‘Generation’, which spawned the massive worldwide hit, ‘Shot You Down’.

Audio Bullys make no secret of the fact that the long gap between ‘Generation’ and ‘Higher Than The Eiffel’ was in part down to that massive success. Having lost their way following the release of ‘Generation’, ‘Higher Than The Eiffel’ sees the pair return to top form after a few false starts. Recorded in a six month burst through 2009 and made with the express intent of creating an album for their mates rather than a record company, to be ‘respected by the people that you want to respect you’ as Si puts it, the fourteen tracks range from the full on club stomp of lead single, ‘Only Man’ and rave anthemics of recent free download ‘Kiss The Sky’, to the psychedelic come down of ‘Daisy Chains’, the Chic guitar disco of ‘Dynamite’ and the ska stylings of ‘Goodbye’. The bangers are still here but this is a complete album, a journey through various dance musics, all held together by Si’s conversational lyrics and the little production twists and turns that are the hallmark of Audio Bullys sound.

Recorded and produced by the band with help from a cast of friends including Suggs and Mike Barson of Madness, Charlie Creed Miles and Si’s brother Jimmy, ‘Higher Than The Eiffel’ is released on the band’s own Face Piece imprint via Cooking Vinyl on 29th March 2010.