BETWEEN TWO / BETWEEN VOICES 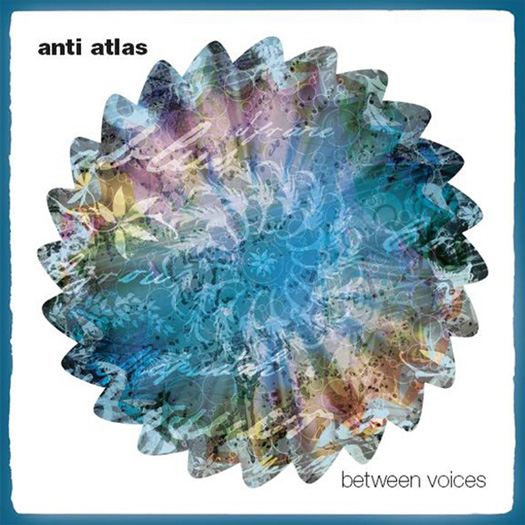 ANTI ATLAS – THE BIGGEST COLLABORATIVE CHILL OUT IN THE WORLD?

NED AND CHRIS…AND GUSTAV AND CLAUDE, ANTONIN AND ANTON…AND GIACOMO AND RICHARD AND A CAST OF THOUSANDS.

Between Voices, however, moves the focus away from instrumentation and instead turns its attention to the dynamic power of the voice, adding a third key aural element to the mix.

Featuring vocalists from 8 countries, the album is all the more remarkable because it was put together  in a gloriously freeform manner. Inspired partly by the diversity of the two classic This Mortal Coil albums, Ned and Chris got a list of singers they liked from all over the world and simply sent them the instrumental music over which they hoped the vocalists would extemporise. The results were magical, all the more so because each singer independently chose a different track as inspiration. Given a totally free hand, the singers surpassed expectations, coming up with vocals that totally surprised the two creators. In one case, the Norwegian vocalist Kristin Fjellseth did her vocals in her native language meaning Ned and Chris ended up editing a track on which they had no idea of the meaning of the lyrics!

Nevertheless, the finished album sounds as cohesive a record as it is possible to make, perhaps due to the collaborative nature at the essence of all the group’s work. For this is not the first Anti Atlas music to be released. In the mid 1990’s the duo released first an EP and then an album and were at first unaware of any ripples they had caused. However soon a wonderful show called The Chiller Cabinet, broadcast by Classic FM in the wee small hours of the morning, picked up on this idiosyncratic music, which seemed to sit so well with everything else they played – Steve Reich, film soundtracks etc. Soon the programme communicated to Anti Atlas that they would play any new music that they provided and that is exactly what happened. Now constricted by time, as Chris was abroad a lot with Radiohead, the duo would finish tracks at weekends and send them directly into the show, which would broadcast them straight away.

In this way word spread further and the duo realised that there was an audience for their sonic experiments.

Now comes the latest new music from the duo and their cast of thousands. For these two albums surely feature the most musicians ever brought together on record – probably 10,000 when you count the diverse composers and recordings represented here. Because, in amongst the contemporary sounds, you will hear references and homages to Mahler, Debussy, Dvorak, Puccini, Bruckner, Wagner and Holst, amongst others.  Not for nothing was Mahler called the true father of ambient music…here we find he and his contemporaries distilled into a mix which transports their music to another realm.

Chris Hufford is well-known in the music industry as the manager of Radiohead, Supergrass and Gemma Hayes, who features on this album. What might not be so well-known is that he produced early tracks by artists including Radiohead, a group  he would help steer to massive global success.

However, it was whilst producing cult acid jazz band D- Influence that Chris forged a working relationship with classically trained composer Ned Bigham. Ned studied composition and electronics at Trinity College of Music in London and began his musical career drumming for Neneh Cherry. He then formed D- Influence, co-writing and co-producing their first album, which includes the classic hit “Good Lover”.  Ned then branched out into work, which would straddle both the electronic/dance and classical worlds. His tracks with Robbie Rivera twice topped the US dance chart and also hit No. 1 on the UK club charts, whilst classical performance pieces were staged at venues including the ICA and the Barbican.

The album features the vocals of Gemma Hayes, Kalli, Yuki (Asobi Seksu), The Niro, to name but a few.