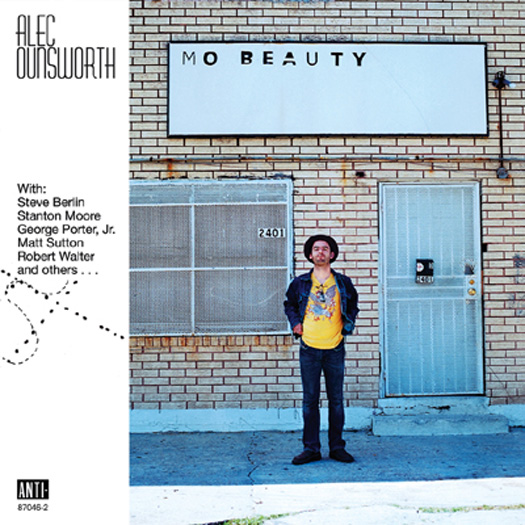 The Philadelphia native, who earned acclaim with his band Clap Your Hands Say Yeah, recently recorded his debut solo record in the music-steeped metropolis of New Orleans at the famed Piety St. recording studio.For Mo Beauty, Ounsworth was backed by George Porter, Jr. on bass, Stanton Moore on drums, Robert Walter on keys, and Matt Sutton on baritone and pedal-steel guitars, with additional help from some members of the diversely talented New Orleans community such as Mark Mullins, Craig Klein, Greg Hicks, Washboard Chaz, Shannon Powell, John Boute, Al « Carnival Time » Johnson, and Meschiya Lake. The album was produced by veteran musician/producer and fellow Philadelphian Steve Berlin (Los Lobos, Blasters, John Lee Hooker, The Replacements), who initially suggested the New Orleans setting.    »I met Steve while I was in New Orleans, » Ounsworth says. « He said, ‘do you want to make a record?’ And I said ‘maybe.’  You see, I was just starting to work on the Flashy Python record, and was working on other projects as well.  Nevertheless, it seemed I had some songs ready to be put forward (most old, some new) and so ‘maybe’ became ‘yes’ in relatively short order. . .  New Orleans informed the spirit of the record, as it should. It’s not a ‘New Orleans record,’ though, because, besides « Holy, Holy, Holy Moses, » most of the songs weren’t written specifically for New Orleans . . .  Any record can be influenced by its location aesthetically, and some are more than others.  So it was with this record . . .  it is New Orleans, after all. »