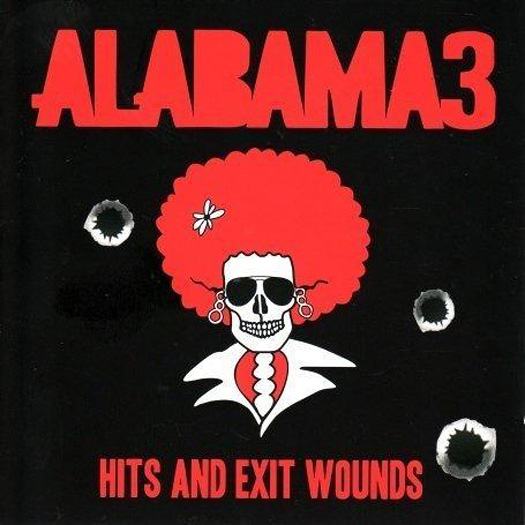 Alabama 3 celebrate The Sopranos Finale, by choosing some of their best back catalogue for this must-have collection!

« Some of the most infectious, well-rooted grooves you’ll hear all year. »

In celebration of a long, esteemed and wholly unique career that has seen The Guardian dub them “the best live band in Britain” Alabama 3 are to release a definitive retrospective this April. Featuring material from Exile OnColdharbour Lane, La Peste, Power In The Blood, Outlaw, plus some previously unreleased material.

They have released six studio albums to date, seminal debut Exile On Coldharbour Lane in 1997 and the latest, MOR, to strong critical acclaim last year.

The band’s ‘Woke Up This Morning’ is well known as the opening theme music to esteemed mob drama The Sopranos, shortly to conclude on terrestrial televison.

Nick Reynolds (harmonica) is the son of Bruce Richard Reynolds of 1963’s Great Train Robbery fame, who the band paid tribute to on their 2005 album Outlaw.

Nick also has a sideline in the lost art of ‘Death Masks’, and has sculpted the masks of death row victim John Joe “Ash” Amador and performance artist Lord Jago Elliott.

Fans include authors Irvine Welsh and Stephen King. King has appeared onstage with the band and Welsh wrote of them: “the first band I could ever dance to in the daytime hours without chemical assistance. That says a lot.”