Dense clusters of piano, a mysterious sound that might be something being unwrapped, or paper crushed for kindling, and A Church That Fits Our Needs, the second album by North Carolina group Lost In The Trees, is underway, announcing itself as a work of vaulting ambition, a cathedral built on loss and transformation. In the summer of 2009 Ari Picker – writer, composer, and architect of the band – lost his mother, an artist in her own right, when she took her own life. Picker was in the midst of releasing his band’s debut album, All Alone in an Empty House, a collection of folk-inflected songs that surprised with its orchestral arrangements, to an acclaim usually reserved for seasoned veterans: “both heart wrenching and beautiful,” said Paste, while the Huffington Post called the album “spellbinding in its musical ambition, touching in its intimacy, and often overwhelming in its emotional honesty.” Picker took the loss of his mother and set about transforming the events into a tribute, composing, writing lyrics, his mother’s picture above his writing desk: the same picture that now graces the album’s cover. “I wanted to give her a space, in the music, to be, and to become all the things she didn’t get a chance to be when she was alive.”

The result is A Church That Fits Our Needs, an album that can stand beside not only musical journeys like Neil Young’s Tonight’s the Night and Bon Iver’s For Emma, Forever Ago, but also such literature of loss as Joan Didion’s The Year of Magical Thinking. Such is the honesty of Picker’s writing that he lays before us his loss in all its complexity of sadness, fear, joy, and wonder. “Neither Here Nor There,” the first song’s title, says it all, with its turning wheel of a chorus: “I’ll walk in a golden light/After the sun burns out.” Images of transfiguration abound, becoming motifs that weave through the songs, as Picker imagines his mother reborn – “as a color she’ll rise/from the water/a golden light.” Picker’s astonishing tenor voice – an instrument that veers from Carl Wilson’s emotional purity to the otherworldly abstractions of Thom Yorke – opens our window into this intensely emotional music.

While this might sound on paper like a somber affair, A Church That Fits Our Needs is anything but. Picker, a classically trained composer, has Shostakovich and Stravinsky at his fingertips, but the music on this album speaks just as much to his love of Phil Spector and old film scores. The swooping strings on “Golden Eyelids” could come straight out of an old Drifters hit, while the orchestral breakdowns in the midst of “Red” recall the haunting soundtracks Bernard Hermann composed for Alfred Hitchcock. Like Hermann (and Stravinsky before him), Picker uses rhythm as its own emotional language, the driving polyrhythms and odd time signatures meshing perfectly with his words, while never losing the propulsive inevitability of great rock and roll. Above all this is pop music, in the way that “A Day In the Life” or Radiohead’s “No Surprises” are pop music, seeking to present complex ideas to the widest possible audience.

As on the band’s debut, Picker surrounds himself with musicians who bring his vision to life with verve and sensitivity. A special contribution comes in the vocals of Emma Nadeau, whose soaring wordless melodies counter Picker’s ecstatic vocals throughout. Recorded and produced by Picker in North Carolina, the album was mixed by the legendary Rob Schnapf (Elliott Smith, Beck), bringing out the lush tones of the orchestrations in their full grandeur. At end of day, this is the album Picker set out to make, a celebration of the woman he calls a “warrior,” and a testament to the power of music to heal and transcend. 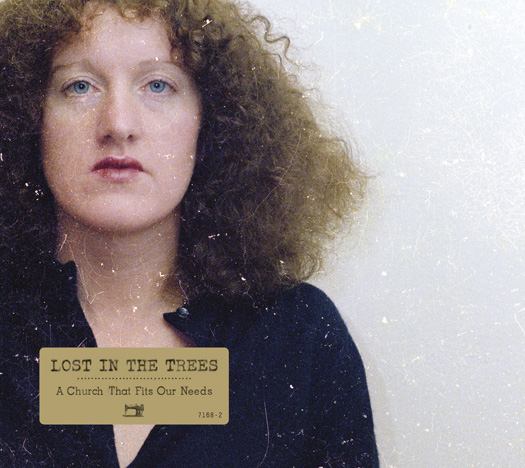